In just a few short days, Terry will be headed down to Phoenix for their HUGE quilt show.  Officially called the Quilt, Craft and Sewing Festival, it is held January 26-28, 2017.  Over 150 vendors will descend on the Arizona State Fairgrounds to provide seminars, workshops, and prizes.
In the meantime, she is packing up the trailer. 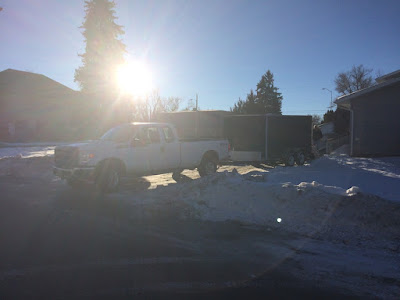 She's filling it with all the goodies she wants to show everyone. Finished projects, kits, fat quarters, rotary cutters... 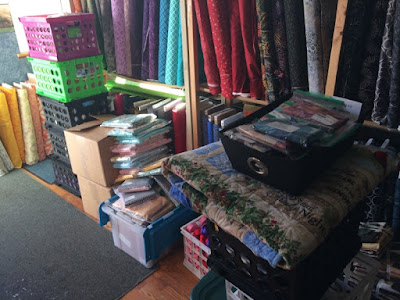 She'll pack them up, and load them in and out of the truck with these convenient storage carts. 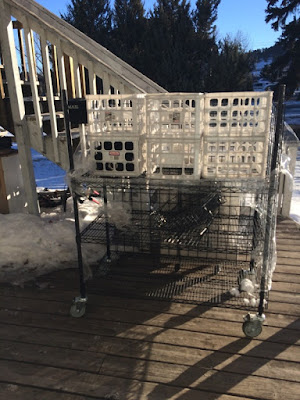 
and pulling up to here!

Those of us staying back at the shop might be a tad bit jealous.  Sturgis in January is a smidge colder than Phoenix.  But the show, I mean, the shop, must go on.  We are still open to serve our customers in the area and online.

We can't wait to see what Terry finds down in Phoenix.  We'll try and post some pictures of this great show.  Terry hopes to see some of you there!
Posted by Fabric Junction at 11:56 AM